What Is Critical Race Theory?

Recently, politicians have exerted unprecedented influence over the curriculum of public universities — mainly due to concerns from cultural conservatives over teaching about racial inequality.

These issues have been branded by some who oppose them as "social justice" pedagogy, with particular anger directed at what is now commonly referred to as "critical race theory" (CRT).

CRT began as an analytical framework in legal studies pioneered by scholar Derrick Bell in the 1970s. According to Adam Harris, Bell wanted to find "a way to understand how race and American law interact."

But despite its importance in legal studies and its influence in other disciplines, CRT is not a unified or discrete "theory" in the current academic landscape.

Rather, the term has been used by critics of the study of race as a catch-all for any discipline or curriculum that foregrounds the past and current record of racial inequality and the systematic exclusion and mistreatment of racial minorities in the United States.

Here are just a few examples of states where non-academic bodies — either state legislatures or politically-appointed trustees or regents — have tried to curtail the teaching of racial inequality and CRT.

Other states have taken similar steps to outlaw education about inequalities based on race (along with gender and sexuality in many cases). While most of these laws and policies target K-12 education, these steps may pave the way for a similar ban in institutions of higher education.

In addition to these examples, several other state legislatures have begun to deliberate on the topic.

Though not a legislative issue, the University of North Carolina Board of Trustees attracted publicity when it refused to grant tenure to Nikole Hannah-Jones, a Pulitzer Prize-winning journalist and scholar of Black history in America.

Hannah-Jones was one of the authors of the New York Times's 1619 Project, which reframes the historical origins of the United States around the issue of transatlantic slavery. Hannah-Jones had been approved for tenure by the faculty at UNC, but her case was rejected by the Board of Trustees. She was offered a five-year contract instead.

—
The recent rise of such conflicts suggests that they are born from political differences, and in an ever more divided political climate, this is undoubtedly the case.

Leaving aside the immediate questions of political conflict, however, these attempts to curtail the teaching of the history and politics of race in America highlight something more fundamental about the governance of public universities. State legislatures and politically-appointed trustees interfering with academic policies is damaging to institutions, to faculty, and especially to students in ways that should concern anyone interested in the mission of public higher education.

How External Policymakers Can Damage the Public University Mission

According to the Association of Public and Land-Grant Universities, that mission is fundamentally rooted in the public good of all segments of the population. It charges universities with providing an affordable education to as many students as possible and supporting research and scholarship that benefits society at large.

This mission is an expansive and inclusive one that strives to transcend political differences. Even if one agrees with the criticisms of CRT and associated curricula, the prohibition on entire topics and disciplines based on narrow political interests represents a fundamental contradiction of the university's mandate.

No matter your politics, here are some reasons you should be concerned about the reach of state legislatures and political appointees into the curriculum, research, and scholarship of public universities.

In a 2010 article from Inside Higher Education, Penn State professor of English Cary Nelson outlined both the principles and the limits of academic freedom.

He wrote that academic freedom means that "both faculty members and students can engage in intellectual debate without fear of censorship or retaliation." Moreover, academic freedom does not exist to further the self-interest of scholars; it "preserves the intellectual integrity of our educational system and thus serves the public good."

Because of this commitment to the public good, "the political, religious, or philosophical beliefs of politicians, administrators, and members of the public cannot be imposed on students or faculty."

Academic freedom — the ability to pursue intellectual questions without fear of political repercussion — is what makes it possible for scholars and teachers to push the bounds of knowledge and intellectual achievement.

To close off entire areas of inquiry for fear of punishment or the loss of one's job contradicts the openness of the public university's mission and prevents the dialogue and intellectual conflict that are necessary to the development of knowledge.

The ban on questions of racial inequality and racial justice represents a wholesale devaluation and denial of entire fields of scholarship, not simply one group or figure.

Regardless of what those outside the academy may think of certain disciplines or intellectual orientations, some of the fields that conservative legislators find the most objectionable are well-established members of the humanities and social sciences: namely history, sociology, English, womens' and gender studies, and, most pointedly, disciplines that focus on the study of racially minoritized groups, such as the Black, Latinx, Indigenous American, and Asian/Pacific Islander communities.

Even the most recently established of these disciplines goes back over a half-century, and each has its own intellectual and institutional history, with the labor of generations of scholars and teachers bound up within it.

To exclude funding for curricula that foregrounds "social justice" issues or employs a critical perspective on race and racism is to erase these disciplines from the academic and intellectual world — to devalue and discard the achievements of generations of scholars and teachers. Not only does this infringe upon academic freedoms, but it also encourages the university to become a place of intellectual exclusion rather than inclusion — to narrow rather than broaden the horizons of knowledge.

—
Even as they argue that the study of racism, sexism, and homophobia can be divisive, they encourage institutions to discriminate against scholars from historically underrepresented groups.

By effectively excluding the future hiring of scholars who teach about histories of race, many of whom are scholars of color themselves, and discriminating against those already employed, universities would institutionalize the same divisions that anti-CRT groups would like to handwave away.

These attempts to exert influence over the academic and teaching mission of universities will diminish the value of university degrees in the wider economic marketplace.

Certainly, the value of addressing histories of racism is intrinsic, but it also forms part of a liberal education upon which university reputations rest. And for most states, the health of their economies are intimately tied to the quality of education offered by their public colleges and universities. If state legislatures punish universities through the denial or reduction of funding, this can have consequences beyond the ivory tower.

In Idaho, for example, Idaho Business for Education — an association of businesses and corporations in the state — published an open letter decrying the bill that would deny funding to Idaho's public universities if they did not immediately eliminate all "social justice" and CRT-related elements from the curriculum.

"When you weaken our colleges and universities you are also putting Idaho's economic future at risk," the letter states. Should the current CRT panic set a precedent for state legislators to make funding contingent on either promoting or eliminating cultural and political positions, the stability of universities as economic supports for a state or region is significantly damaged.

Finally, these actions reflect an attitude that misjudges the intellectual abilities and potential of college students.

The state bills are full of language that speaks of force and compulsion: The word that comes up repeatedly to describe teaching is "indoctrination."

This language is insulting to the intelligence and critical judgement of college students. It refuses to recognize that students are adults who learn through dialogue, exchange, and collaboration, not infants with blank slates for minds who simply receive and accept whatever information or worldview is told to them by their professors.

It's telling that students in Idaho turned out in force to protest the bill at the State Capitol in Boise. As Yvonne Shen, a middle school student and organizer of the Asian American Pacific Islander Alliance, said about the need for teaching critical perspectives about race: "If we aren't able to recognize our own flaws, we will never be able to progress beyond them."

Certainly, faculty and students should have the freedom to debate contentious issues within a given discipline. Even the 1619 Project has prompted debate among historians of the early United States about the relationships between slavery and the formation of American political institutions.

Scholars operating in good faith and with intellectual honesty should push each other to be as accurate and responsible as possible. When entire topics and disciplines are effectively banned from inquiry, however, the progress of knowledge is stopped dead in its tracks.

Commitment to the values and mission of public education means that scholars and students should work through the challenging issues in contemporary society. Censoring their discussion erodes the work that universities can do in the name of the public good. 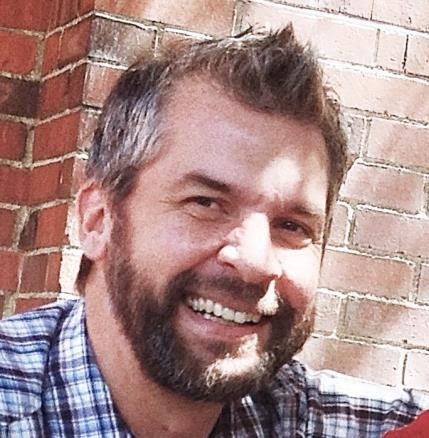 Jon Hegglund is an associate professor of English at Washington State University.